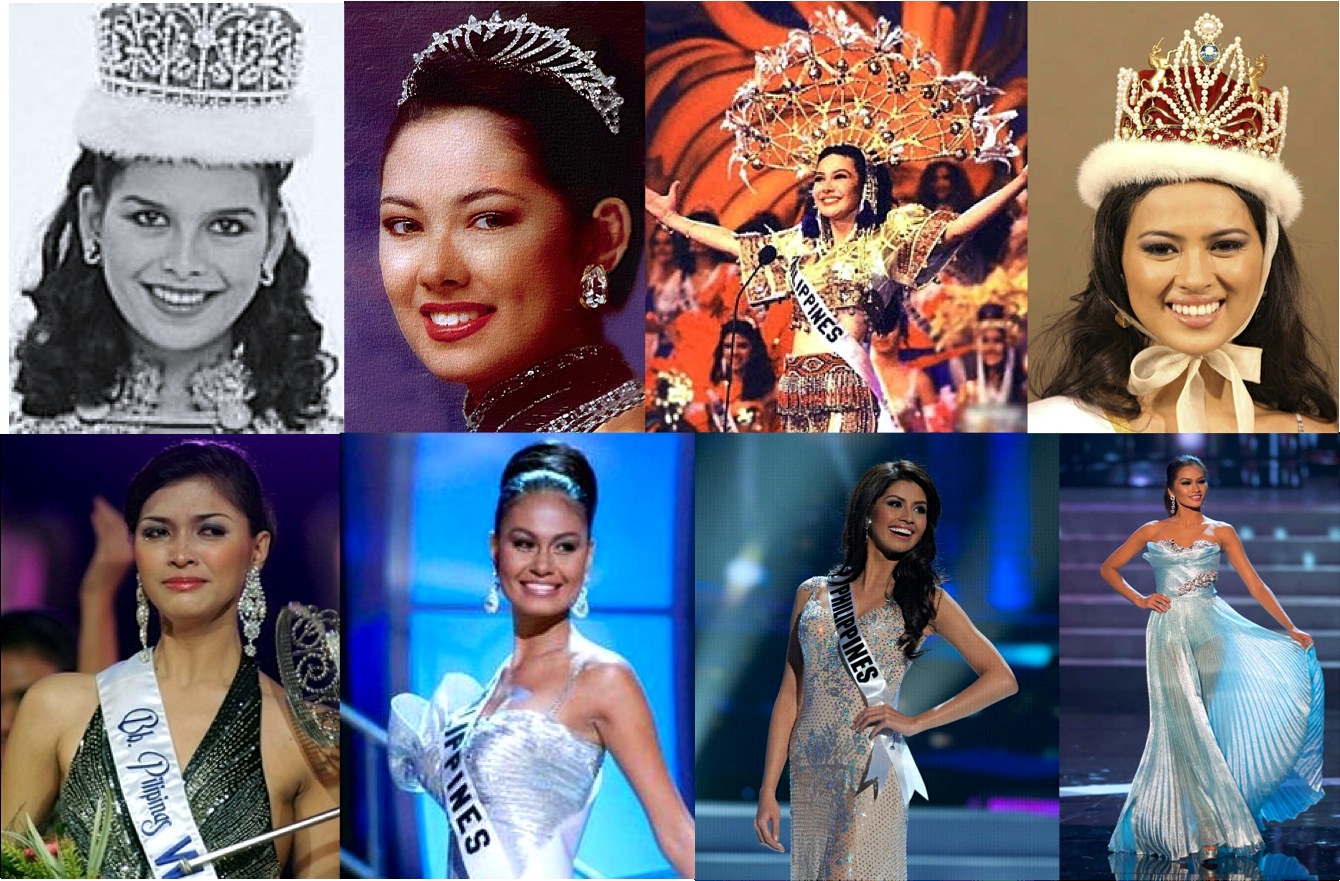 Filipina Beauty Queens is one of the greatest pride of the Philippines.

More than their beautiful faces, Filipinas are known for their confidence, intelligence, and passion for their craft. To achieve this title was not easy for these beauties, they went for major training and practice. With their sweat and sacrifices, they really deserve that Crowns.

No wonder many Pinay beauties stand out in different international pageants. Undoubtedly the Philippines are home of many Filipina Beauty queens.

The honor those Filipina beauty queens give to our country helps many Filipina Expat in a different part of the world to be admired and respected.

Thanks to below Filipinas who got the Winner title and manage to be in the top 5 of these prestigious events. One the best winning answer that crowd’s favorite is the answer of Ms. Pia WurtzbuchPia (Ms. Universe 2015)

Why should you be the next Miss Universe?

To be a Miss Universe is both an honor and a responsibility. If I were to be Miss Universe, I will use my voice to influence the youth, and I would raise awareness to certain causes like HIV awareness, that is timely and relevant to my country, which is the Philippines. I want to show the world — the universe, rather — that I am confidently beautiful with a heart.

Congrats to all ladies, keep shining and inspiring the world!